My mother thought there was a lot in a name, she believed it would predestinate your life; people with ominous names like Victor Von Doom could try all they wanted but, in the end, they would turn evil.  She thought it was a rule of life, that’s why she gave me a name fit for a god: Thor. For a scientist my mother believed in a lot of things that don’t make sense.

“Hey, Maureen? Can we name the baby Thor?” “Are you serious?” Ben was; he had just seen the Avengers and it had rekindled his love for the god of thunder “Have you ever noticed how every Doug you meet is smart and every Mike is popular? I think names have an effect on your life, they change who you are. Imagine if the kid was called Thor, he would not die, he would be a god!” “Oh, come on! That doesn’t make any sense, remember Doug from the old apartment building? Would you call him smart?” “Damn, woman. Why do you always do that? There is genius in there I tell you.”

Maureen watched in awe as the motorcycle jumped over the hover-limousine – “can we buy it, dad?” “Maureen, don’t you have enough games already?” “But this one has motorcycles!” “How about you wait until your birthday?” “But dad, it’s still two months away! And look, says in the box it is a heavy metal adventure, you like metal, you can play it with me!”

Maureen was excited, she installed the game: IRQ-5, DMA-1, sound blaster compatible card. She didn’t know what those meant but through experimentation she had found those were the values she needed to make her games play correctly. She loved figuring out things on her own. The game finished installing and she was surprised by the first line in the game – “Whenever I smell asphalt, I think of Maureen” – She was a character in the game, this was shaping up to be amazing.

“I think I figured it out.” – Maureen had been working up all night, but the numbers all checked out, she showed Dr. Reynolds the results – “I think we can clone this part of the sequence and just synthetize the other half, which should make the modifications more stable” – Dr. Reynolds leafed through the equations – “If you are right Maureen, this could change how we approach medicine. Of course, it will still be years before it is approved but we could change the world”.

“Let me show you something Thor, it is a game I loved when I was young.” – Thor sat next to his mother – “Whenever I smell asphalt, I think of Maureen” “Mom! You are in the game!” –the intro played and Thor watched intently as a gang of bikers jumped over a hover-limousine on their way to a bar – “Hey, Ben, we are broke” “Mom! Dad is in the game too!” – Thor played the game religiously. During the ending Ben and Maureen ride into the sunset while the song “Drop The Hammer” is playing in the background. Thor added the song to his playlist and marked the star next to the name.

I never met my father. He died in a car accident months before I was born. The first few years must have been very difficult for mom, when I grew older I would sometimes hear her cry but for the most part we lived without worrying about the ghosts of the past.

Maureen could feel a pulsing pain in her head. Her hands moved to her belly and she tried touching around to see if her baby was all right. She didn’t feel anything wrong, but these things were complicated and they wouldn’t know for sure until they ran more tests. She heard a noise, but found that turning her head was painful. “Mrs. Laurel, I am afraid I have some bad news” – Maureen felt her heart stop – “Is the baby ok?” “I am afraid this is about your husband.”

I met Lyn during college, while working on the midterm project with a friend. She was working on some project for school, she had everything covered in newspaper and a big structure made out of wood.  Her hands moved expertly as they sandpapered the corners and fixed imperfections. She reached for a hammer and turned around. Our eyes crossed and she dropped the hammer right in front of me. I felt this was an omen. As much as I criticized my mother for her crazy ideas on fate I thought it was destiny that had brought us together.

“We just finished running another set of tests, Mrs. Laurel. We think the trauma will actually affect the baby” “Is there anything we can do?” “I am sorry” – Maureen felt her knees tremble but she pushed on towards the exit. She got on her car and drove to the lab “Dr. Reynolds, I need a favor”.

“Are you sure about this?” “He is the only thing I have left, doctor. If I lose him then I wouldn’t be able to go on living” “All right. I will get everything ready. Have you figured out a name for the baby yet?” – Maureen thought back to an old conversation: he would not die, he would be a god. – “Yes, I will name him Thor.”

My mother gave me everything. Dr. Reynolds tells me she saved me, tells me she made me better than other people:  smarter, faster, stronger. I breezed through school, was captain of the football and basketball teams but I didn’t feel complete until I met Lyn. I remember the first time we listened to The Gone Jackals – “baby, drop the hammer of love, drop the hammer of love on me”, she gave me a small hammer charm for our first anniversary.

But fate is strange and one day she told me she needed to talk. “We need to break up. You have always been so perfect, you make me feel… small” – my hands moved towards my chest, I grabbed the hammer charm. I looked into her eyes and saw that she was conflicted but resolute.

Tears flowed through my cheeks; they fell on the ground and started taking her shape. I cried her smile, her hair. I felt the drops of her fingers running through my face one last time. I had found my weakness. 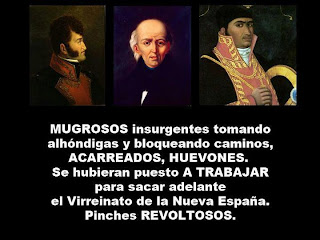