The United States are widely known for adopting other cultures and celebrating them, for example in Cinco de Mayo, where they celebrate by putting on sombreros, drinking tequila and listening to Latin American music (to which they refer by the common national name of "Mexican"). It is in this spirit that, during my trip to Mexico, we decided to celebrate Fourth of July (pronounced Fort of Hoolie).

We began our celebration with a typical steak and eggs breakfast. To prepare this breakfast you have to sun-dry the steak, pound it and heat it in a pan. After the meat is brown you add tomatoes, onions, serrano chile and eggs. 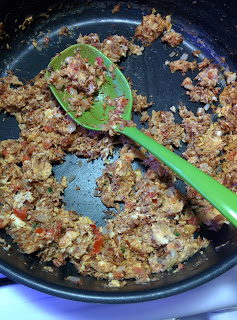 Once the steak and eggs are done, you put them as a topping in a traditional American pizza: 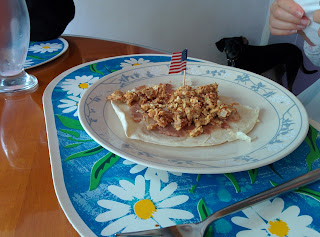 Once we were done with breakfast we engaged in the characteristic ritual of shopping, from the French word chopîn which means: buying things I don't have money for. During this shopping spree, we bought a plush dinosaur, hamburgers, coffee and horchata among other things.

Once we came back home, we dressed in typical American formal wear. 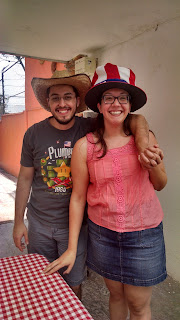 An American Cowboy and the customary American hat.

Before the meal we had some American hors d'oeuvres. 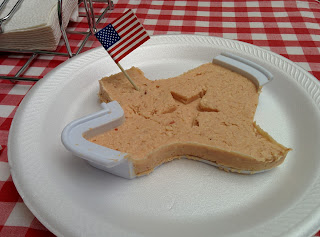 A map of the United States; we put the flag in the capital: Washington D.C.

We also learned a bit about the history and culture of the United States. The Fourth of July is the celebration of the day when the Native American Indians taught the Americans to make hamburgers after the famous battle of Waterloo. Ever since, in order to commemorate this event, Americans make hamburgers and hot dogs. 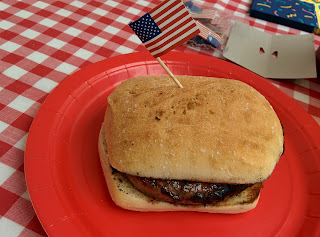 Almost as good as McDonald's

Little known fact: hot dogs are shaped after American submarines, which is why they are sometimes called subs. 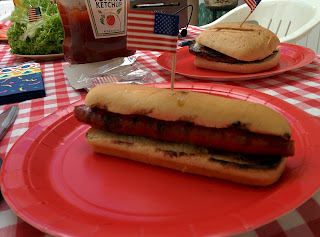 We wanted to celebrate American culture fully, so we even bought a soap dispenser shaped like the American national bird: the bald owl. 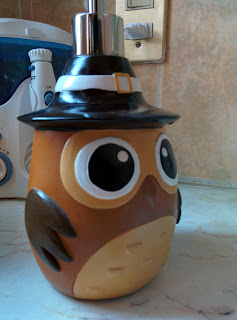 You can tell he is bald because he is wearing a pilgrim hat.

Unfortunately we could not find Bud Light so we had to substitute using good beer.
No comments: