Back to the Future 4: In this zany sequel, time-traveling duo Marty McFly (Michael J. Fox) and Dr. Emmett Brown (Christopher Lloyd) travel to the year 2016 to save Marty's future sons from the disaster that was the 2016 election.

Eternal Sunshine of the Spotted Mind: When Cruella de Vil's plan to get a dalmatian fur coat turns sour, she undergoes a procedure to have her memories erased. But it is only through the process of loss that she discovers what she had to begin with.

Sploosh: In this animated reboot of the 1984 classic, a young Archer (H. Jon Benjamin) is saved from drowning by mermaid Pam Poovery (Amber Nash). 20 years later she returns to seek him out and they fall in love. Before they can choose between life on dry land or a deep sea paradise the lovers are rudely interrupted by the intervention of scheming scientist Dr. Algernop Krieger (Lucky Yates).

Dr. Strange-love: U.S. Air Force General Jack Ripper (Sterling Hayden) goes completely mad, and sends his bomber wing to destroy the U.S.S.R. He suspects that the communists are conspiring to pollute the "precious bodily fluids" of the American people. Only one man can avert this tragedy: former Nazi genius Dr. Strange-love (Benedict Cumberbatch), who is now wheelchair bound and must embark on a trip to Tibet to become the sorcerer supreme and stop General Ripper.

Fast West and Furious: In this sequel to the 2015 movie Slow West ex-lawman Brian O'Conner (Paul Walker), Mia Torretto (Jordana Brewster) and her brother Dom (Vin Diesel) have traveled border to border to evade authorities. In 1800s Colorado they must do one final job before they can gain their freedom for good. Assembling an elite team of horse riders, including a bounty hunter (Michael Fassbender) they must escape from the sheriff (Dwayne Johnson) who wants them dead.

Timeline-wise, this last movie makes about as much sense as the rest of the Fast and Furious franchise.
No comments:

"Are they f***ing crazy? Whoa by 50 percent Stanley Kubrick, Picasso, Apostle Paul, f***ing Picasso and Escobar. By 50 percent more influential than any other human being." 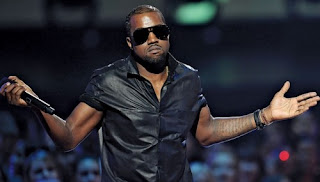 Imma let you finish, but Kanye had one of the best meltdowns of ALL TIME 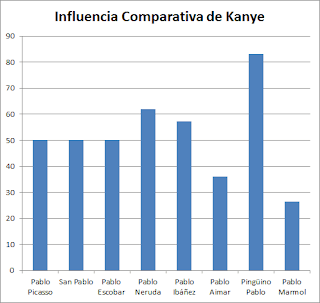 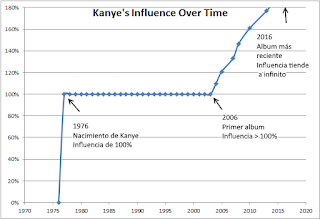 In the second episode of Gotham, the murder of a homeless man leads Gordon to investigate the abductions of street kids by Patti and Doug, who have been posing as members of the Mayor's Homeless Outreach Program. In one of the later scenes we see the street kids who were kidnapped: a group of attractive teenagers with beautiful perms, perfect teeth and designer clothes.

Even if Gotham is corrupt and gloomy at least its street kids seem to be doing fine. But this begs the question: where are all these teenagers getting their fashion tips? 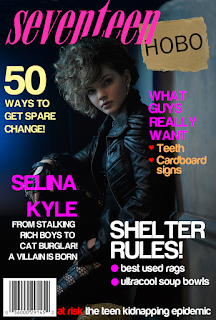 My favorite part is the horoscopes section

I read an article today titled When simply existing is dangerous, everything is a risk. In it, the author talks about her experience helping create a game that puts people in the shoes of a transgender person and shows them all the challenges this entails.

In the article, the author also mentions she is depressed because 81 transgender people were murdered in 2015 across the world.

Well, I have good news! Data collected by the UNDOC places the worldwide number of homicides at 437,000. It is difficult to give a precise total count of transgender people but estimates vary from 0.3% to 0.5% of the total population, that would mean that worldwide the expected murder count for transgender people should be somewhere between 1,311 and 2,185 people killed by year; so transgenders are beating the odds (by a lot!).

With a world population of 7 billion, we can estimate there to be about 21 million transgenders, which, if we go by the number of 81 murders puts the murder rate for transgender people at 0.00038% which we've already shown is lower than the world average. Blacks in the US, on the other hand, have a murder rate of 0.0055% or 14 times higher than transgender people!

Now, if only somebody made a game to put us in the shoes of a black person and all the challenges they have to face. 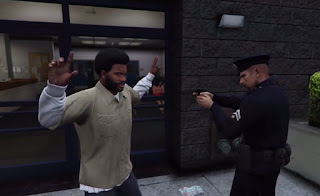 
Last year the United States had almost as many mass shootings as it had days. President Obama has decided he cannot ignore this problem any longer and has called on congress to take our guns.

Fortunately I had a lot of time to think about a solution for this problem while watching The Hateful Eight, since the run-time for the movie feels like 17 hours. In the movie, a couple of bounty hunters and the sheriff of a Wyoming town take shelter from a blizzard in a cabin which is currently inhabited by four other men.

After getting inside the cabin, the group asks the current inhabitants to surrender their guns in the name of safety. This should be our first warning that something is about to go terribly wrong. And true enough, five hours into the movie (about halfway through) somebody poisons the coffee and kills several characters.

At this point I started thinking that obviously the solution would have been to hide some more guns around the cabin and for everyone to open carry their revolvers.

Unfortunately, later on the movie we learn the characters had thought about this already and they had half a dozen guns hidden around the cabin. We also learn they used these guns to kill the previous owners of the cabin. From there things escalate pretty quickly, every single character is killed in rapid succession, mostly by gunshots.

This seems like a powerful blow to the more guns equal more safety; however, people are missing the obvious point: if only one of them had an assault rifle they would have all lived happily ever after. Unless they killed each other with the assault rifle in which case the only solution would have been a tank. 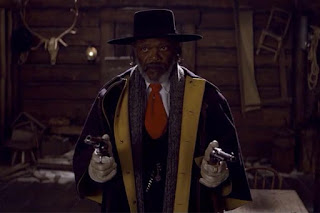 Double-wield for twice the safety
No comments: