Scott Adams (of Dilbert fame) plays a game on his blog that I like to call "Trumpspiracy Theories". The rules are really simple:


Scott Adams is a professional of this game: he has justified building a wall (that is already too expensive to pay for) and then fitting it with solar panels (which are super expensive by themselves) as a brilliant persuasion move because nobody would argue against green energy projects (unless that green energy would get in the way of the forgotten American coal miners), he has justified getting out of the Paris Accords as a brilliant move of persuasion, because stock prices went up (as long as a company can make more money today by ignoring those pesky ecological treaties, who cares if the Earth is still around in 20 years).

I, of course, don't even come close to his technique and mastery of the arts, but the game looks super fun, so I would like to give it a try. Let me explain you why Trump is a genius: in the 2D world of reason, nobody thinks it is a good idea to incite a country with access to nuclear weapons to start a nuclear war. But in the 3D world of persuasion Trump realized that it was inevitable that a hurricane like Harvey would hit a US coast soon. He deduced that the only viable way for people in Houston to survive something like this would be if they evolved gills (or better yet, mutated gills, because it is quicker). Quickly he sprung into action and formulated a brilliant plan where North Korea bombs Houston, so that the irradiated people of Texas would mutate gills more quickly and would be better prepared to survive this hurricane which, of course, was developed by China in a futile attempt to trick our brilliant leader into thinking that climate change is real.

It all makes sense if you don't think about it! 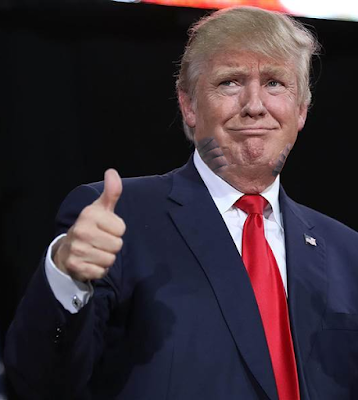